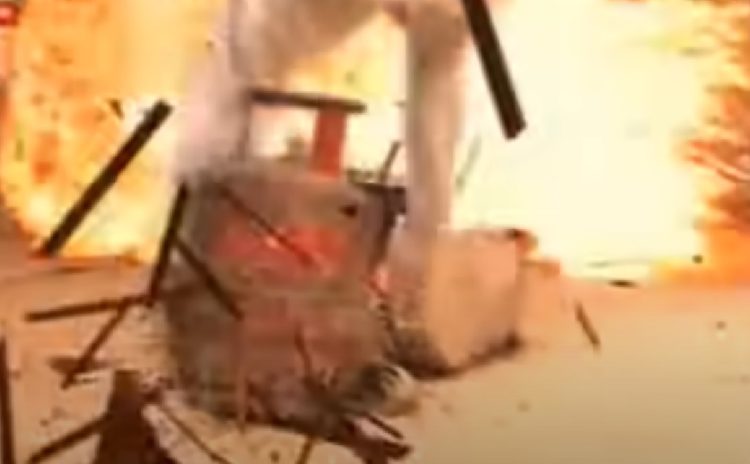 Kathmandu, Oct.15: Eleven people have been injured in a cooking gas cylinder explosion that took place at Naya Bazaar, Sorhakhutte this afternoon.

The explosion also led to a fire in the house owned by Nil Kumari Chettri, leading to extensive damage to property. The fire was doused with a help of a fire tender. Neighbouring houses have also suffered damage.

It has been learnt that Nil Kumari was mourning the death of her husband, who died yesterday. Preliminary investigation showed that the explosion took place due to gas leakage at the second storey of the four-storey house.

Further investigation into the incident is underway, police said.